You are here: Home » About » Meet Our Team » Our Educators

Jeff Amshalem has been in Jewish education for over fifteen years, and currently teaches Me’ah, a two-year, college-level course on Jewish texts, and a series on mindfulness and personal growth using the teachings of Rav Kook and Abraham Joshua Heschel. He has orthodox smichah (rabbinic ordination) from Rabbi Daniel Landes and Rabbi Zalman Nechemia Goldberg of Jerusalem and has done much of his learning and teaching in pluralistic environments, such as Pardes in Jerusalem and Gann Academy in Waltham, MA. Jeff earned his masters degree in Jewish Thought from Ben-Gurion University in Beer Sheva, Israel, where he is writing his doctoral thesis. He has published work on Hasidic tales and is currently working on a critical edition of Shivhei haBesht, the earliest collection of legends about the Baal Shem Tov.

Edna has decades of experience teaching adults, teens and children in a variety of formal and informal Jewish educational settings. Edna was the Director of the Lisa Brill Institute for Jewish Learning at the Marcus JCC of Atlanta from 2003-2009, where she also taught extensively through the Florence Melton Mini-School. Edna has worked as a camp educator and mentor to counselors for 15 years at three different Jewish summer camps (URJ Camp Coleman, MJCCA Camp Barney Medintz, and Camp Ramah of Wisconsin). One of the earliest trained facilitators for Ayeka programs, Edna has brought Ayeka to adults through JCCs and to teens through formal courses in both day school and camp settings. Edna earned her Ph.D. in Political Science from the University of California at Irvine in 1998. She and her family have lived in Kansas City, Atlanta and Jerusalem, and are currently in South Florida, where Edna teaches Middle School Social Studies at the David Posnack Jewish Day School. 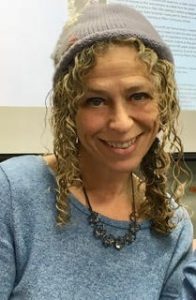 Rabbi Shawn Fields-Meyer serves as Director of Spiritual Learning at Milken Community Schools in Los Angeles. She is an Instructor in Bible at the Ziegler School of Rabbinic Studies and Education Consultant for Camp Ramah in California. She is co-author of the book A Day Apart: Shabbat at Home, a practical and spiritual guide to the home rituals of Shabbat. Rabbi Fields-Meyer is the creator and scholar-in-residence of Ruach Nashim, an annual women’s spirituality retreat. She frequently teaches at congregations around the country, addressing issues of prayer, spirituality, parenting, and technology.

As the Network Weaver for Prizmah: Center for Jewish Day schools, Debra brings a depth of experience in nurturing learning communities, building institutions, and network development throughout the Jewish community. Before moving to Atlanta in 2003, Debra lived in Jerusalem, where she was a founding administrator of Tal Torah, a center for intergenerational Torah learning. As an avid teacher of classical Jewish texts and an educational entrepreneur, she has served in a variety of educational settings in Israel and North America including Dror Elementary School, Pardes Institute of Jewish Studies, Florence Melton Adult Mini School, Rambam Atlanta Day School, Yeshiva Atlanta High School, and RAVSAK. She is a proud graduate of both Mandel Jerusalem Fellows and Harvard University Graduate School of Education. A mother of four, Debra is married to Rabbi Dr. Don Seeman.

Deborah Anstandig, originally from West Bloomfield, MI is passionate about the intersection of character development, personal growth and reflective practice in Jewish education. Deborah taught Tanakh at SAR High School in Riverdale, NY and trained as a mentor through The Jewish New Teacher Project’s mentor-training program. Deborah earned a BA in English Literature and Music at Yeshiva University’s Stern College and a Masters in Jewish Education from Hebrew College. Deborah is a graduate of the Pardes Educators Program; she has participated in and mentored for Pardes’ Summer Curriculum Workshops. Currently, Deborah is pursuing a Masters in Learning and Teaching from Harvard’s Graduate School of Education in Cambridge, MA.

Mali Brofsky is a senior faculty member and director of the Second Year program at Michlelet Mevaseret Yerushalayim. She has over twenty years of experience at post high school seminaries, both within and beyond the frontal classroom, in various capacities concerned with the educational, emotional, and social well being of the students. She lectures and has held a number of academic and administrative positions at various institutions, including the Pardes Institute of Jewish Studies, Midreshet Lindenbaum and Migdal Oz.  Mali has an undergraduate degree in Philosophy and Jewish Studies, a Masters in Jewish Philosophy from Bernard Revel Graduate School, as well as an MSW from Wurzweiler School of Social Work. She currently runs a clinical practice in Jerusalem and Gush Etzion, and has published and lectured extensively on Jewish thought and education, on issues of emotional health, and on the connection between these fields. Mali lives in Alon Shvut with her husband David and their four children.

Zvi teaches Talmud, Halakha and Jewish Thought at Pardes. In addition Zvi is a faculty member of the Pardes Center for Jewish Educators and has been training and mentoring Jewish Educators for over ten years in Tefilah in educational settings; critical issues in modern Jewish thought; and Israel education. Zvi holds a B.A. in History from Columbia University and did graduate work at Harvard University in Medieval and Modern Jewish Thought. He studied at Yeshivat Har Etzion in Israel and has rabbinic ordination from the Chief Rabbinate of Israel. He was the director of Judaica at the JCC of Cleveland and an instructor at the Cleveland College of Jewish Studies for many years. He also serves as a curriculum writer and is involved in staff training for the Nesiya Institute. His wife, Dina, is a faculty member of the Hebrew University School of Public Health, and they have four children.

Are you interested in bringing Ayeka to your synagogue, local high school, campus, or to a parent group in your community?

“Soulful Education feels like one of the most essential and most challenging tasks to accomplish. As teachers, we recognize that our content is one medium through which we communicate to our students. Essentially, my work as a soulful educator is to see my students not only as receivers of the curriculum, but as full people, constantly learning, taking risks, and slowly becoming themselves. Ayeka places the relationship between student and teacher, student and self, and student and the Divine into the discourse of the classroom.”