You are here: Home » About » Meet Our Team » Our Staff 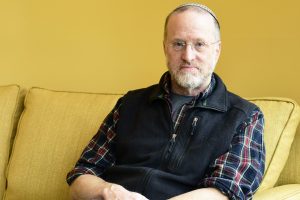 Aryeh Ben David founded Ayeka: Center for Soulful Education, in 2008. This initiative came after almost 20 years of work in formal and experiential Jewish educational settings. Aryeh taught at the Pardes Institute in Jerusalem since 1987, and was a member of the Senior Faculty and Director of Spiritual Education. He also served as the Rabbinical Educational Consultant for Hillel International from 2004 – 2007, and spearheaded their spiritual initiative throughout the United States. Previously Aryeh served as the Educational Director of Livnot U’Lehibanot from 1991-96. He has been involved in the training of staff of countless organizations and lectures internationally. He is the author of “Around the Shabbat Table, a Guide to Meaningful Shabbat Conversations” (2000) and “The Godfile, Ten Approaches To Personalizing Prayer” (2007), “Becoming a Soulful Educator: How to Bring Jewish Learning from Our Minds, to Our Hearts, to Our Souls―and Into Our Lives” (2016), and “Hearing Your Own Voice: A Family Haggadah” (2017) .

After many years in the classroom, teaching subjects including Torah, Talmud, prayer, ethics, and interpersonal relationships, Aryeh sought a way to enable students to more deeply engage with Judaism and to explore their spiritual identities. This led to the development of Soulful Education and the creation of Ayeka.

Aryeh grew up outside of NYC and studied psychology at Vassar College. He came to Israel in 1978, studied at the Meretz yeshiva in Mevasseret Zion and received Rabbinic ordination from the Israeli Rabbinate. He served in the Israeli army and now lives in Efrat, Gush Etzion, with his wife Sandra and their six children. 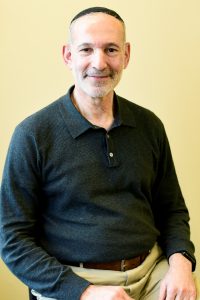 After twenty years of senior management business experience in the United States, Yehoshua, his wife Debbie, and their three children, Moshe, Elka and Zoe, made aliya in 1996. Since arriving in Israel, he has devoted his energies to working with non-profit organizations, helping them realize their potential through application of fundamental management principles. He also loves teaching, writing, and with Debbie, hosting guests for Shabbat. Yehoshua joined Ayeka in 2013 after participating in a Soulful Education cohort in Jerusalem. Yehoshua and Debbie, along with their adopted Jerusalem street cats, live in the Rehavia neighborhood of Jerusalem. He is a regular contributor to the HaAretz Rabbis’ Round Table. 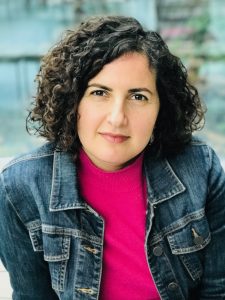 Dasee joined the Ayeka team in 2015 after moving to Jerusalem with her husband and three children.  She initiated Ayeka’s Becoming a Soulful Parent program to help parents and Jewish institutions change the conversation around parenting – from a doing mindset to a becoming one.  She found that all too often we focus on how to manage our children and families instead of standing in awe of who they are and embracing the mystery of who they may become.  Dasee has over 20 years of experience working in informal educational settings in the US and overseas in Israel, India and the FSU.  She has served as an educator and consultant to many national and international agencies including AJJDC, Makom and the JCC Association and most recently has applied her educational expertise to community settings, building prayer experiences that nourish connection between parents and children, through her work with 92Y Shababa and Kehilat Zion in Jerusalem.  Dasee writes about soulful approaches to parenting in Kveller.com, JTA, Forward.com, Haaretz and Times of Israel and is passionate about engaging and supporting parents in the challenging and sacred role as parents.

Michal Fox Smart is Director of Ayeka North America and a former Associate Principal of Bi-Cultural Hebrew Academy. A leader in curriculum design and soulful pedagogy, Michal has received the Grinspoon Award for Excellence in Jewish Education, the JEIC Education Innovation Award, and was a Designer on the Hakaveret Design Team. She is Editor of Kaddish: Women’s Voices (Urim, 2013), winner of the 2013 National Jewish Book Award. Earlier, Michal pioneered Jewish outdoor and environmental education in this country. She is a founder of the TEVA Learning Center and co-author of Spirit in Nature: Teaching Judaism and Ecology on the Trail (Behrman House, 2000).

A Fulbright scholar in Jewish Thought, Michal received her B.A. from Princeton University in Religion and an M.S. from Cornell. She is also an alumna of the Wexner Graduate Fellowship, the Melton Senior Educators Program at Hebrew University, and Machon Pardes. Michal lives in Stamford, CT and is the proud Ema of five special people. 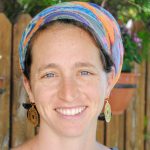 Ma’ayan has a strong background in informal and formal education both in Israel and in the U.S. Ma’ayan taught in the Or-Torah Pelech high school in Tel Aviv, and the Bar-Ilan University’s Judaics department. Between 2012-2015  Ma’ayan directed the Women’s Beit Midrash and served as the youth director in Congregation Beth Israel in Berkeley, California. She also served as a Fellow in the Kevah Institute, teaching Soulful Education in the Bay area. Ma’ayan received her BA in education from Herzog College and has studied at Nishmat, Migdal Oz Advanced Torah Study for Women, and Beit Morasha Women’s Leadership Program. She lives in Tel Aviv with her husband Elishav and four daughters.

After moving to Israel in 2009, Shira completed a degree in Educational Counseling and Tanach studies from Bar Ilan University. Shira brings an extensive background in non-profit management, Jewish education and learning to Ayeka.

Born and raised in Maryland, Shira was an active youth leader, working for numerous Jewish education organizations over the years. She brings that passion with her, along with her more recent experience in non-profit management, administration, and public relations. Shira lives with her husband and two daughters in Maale Adumim.

Leora joined Ayeka from community/non-profit organizing and informal Jewish education. Prior to Ayeka, she served as National Programming Director of Bnei Akiva of the US & Canada (2012-2013). She earned her BA in Studio Art, Political Science, and Talmud at Yeshiva University in 2013. Leora grew up in New York and is now living in Jerusalem, married to Evyatar, and studying architecture and urban design at the Bezalel Academy for Arts & Design. She hopes to one day merge her interest in Jewish education, community leadership, architecture, and cities by creating “safe spaces” for Jewish study and worship.

Are you interested in bringing Ayeka to your synagogue, local high school, campus, or to a parent group in your community?